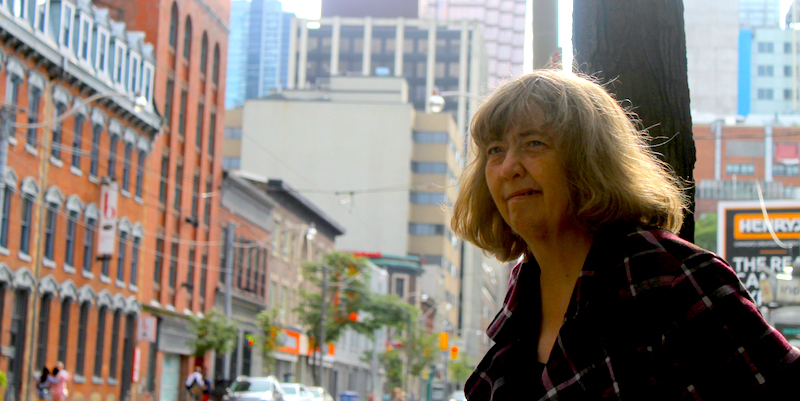 The following piece was published in the January 2020 edition of The Bridge newspaper and presented at the World Homeless Day seminar in October 2019.

Most of the time, in Toronto, the homeless population is estimated at 10,000 people. But this number is not accurate, as it does not take into account people who return to live with parents and those people who stay with friends or couch-surf. So the actual number of homeless is significantly higher. All of us know someone who has been homeless. I have been homeless on various occasions through my life. Once I was homeless in Winnipeg in March!

The shelter system is not the answer. When I was in a shelter, I experienced physical violence, and people stealing from me. At one shelter a woman younger than myself hit me in the mouth because I snored. Instead of this woman being asked to leave, I was; so I want and stayed at the home of some friends. On other occasions I have stayed with friends as well, and a few times I have slept in parks. It was a bit like camping.

No-one wants to be homeless. When one is homeless, the risks of death from exposure to the elements are higher. Homeless deaths occur both in summer in winter, as extreme temperatures of any sort affect vulnerable people. The saddest statistic and an ongoing trend in the past few years is the number of people over 50 who, because of debt and failure to prepare for the future, become homeless. Often these people are women. As a woman over 50 who has already experienced homelessness, this is a frightening trend.

The other fast-growing group joining the homeless ranks are youth between the ages of 16 and 30, who for various reasons can’t live with their families. Seventy percent of homeless people are dealing with mental health or addictive issues. The government must acknowledge that everyone needs a roof over their heads to feel secure and safe.